« Fantasy Football 2012: One Opinion of How the First Round Shapes Up
Video: 2012 NFL Season Preview According to ‘Madden 13’ » 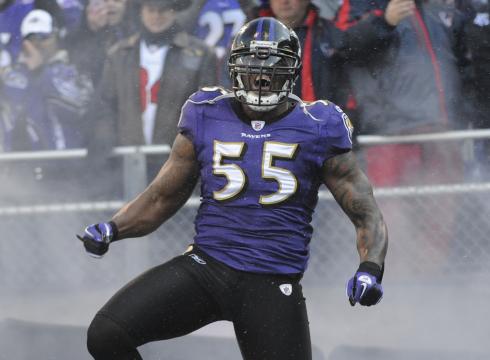 Plenty of teams from both the AFC and NFC are going to be going over the waiver wire with a fine tooth comb over the next week. Today Adam Caplan has a list of the best free agents that are available on defense. – The Sideline View

Denver has some tough decisions to make when it comes to cut downs. As it stands right now, the team needs to release 22 players, and that’s not including any players they may want to pick up. Here’s thoughts on who may stay or may go. – Mile High Report

The 2011 NFL Defensive Player of the Year Terrell Suggs will start the year on the PUP list after he partially tearing his Achilles’ tendon. The fact the Ravens didn’t put him on IR shows they feel he may be back at some point in 2012. – Baltimore Gridiron Report

Donte’ Stallworth’s and Jabar Gaffney’s return to the Patriots were short-lived as the Pats cut ties with the pair of veteran wide receivers Monday. – Patriots Gab

Raidersblog has a good piece today on Oakland strong safety Mike Mitchell, and his journey from his playing days at Ohio University to the NFL and now trying to make an impact with the Raiders in 2012. – Raidersblog