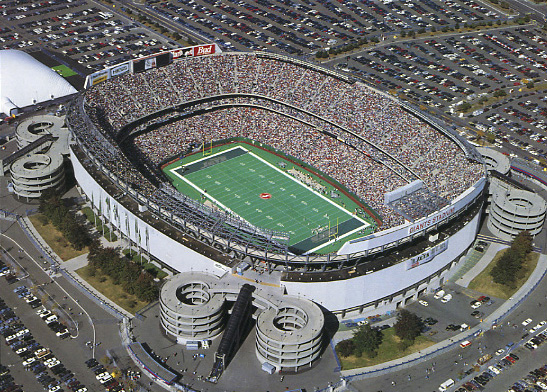 There is an interesting prospect coming up at the end of January that could very well see both the New York Giants (10-1 in the NFC) and the New York Jets (8-3 in the AFC) hosting their conferences respective championship games.  That would lead of course to a collective nightmare since both teams share the Meadowlands as their home stadium.

So what would the league do?

NFL Commish Roger Goodell told WFAN radio Tuesday morning that the league does have an idea as to what to do if that would come about, and that would be to play the title games on different days.  Goodell says that one game would be played on Sunday evening, and the other on Monday night, the first time in league history that would happen.

With two weeks before the Super Bowl, it would not matter that the games are one day apart, as the team that ends up making the Super Bowl after playing on Monday night would have more than enough time to recover and get ready for the big game.

Of course the Titans and Steelers will have something to say about who they think should host the AFC Title game, and while there are a number of NFC teams that will look to upset the Giants, they are the heavy favorites to win the NFC.