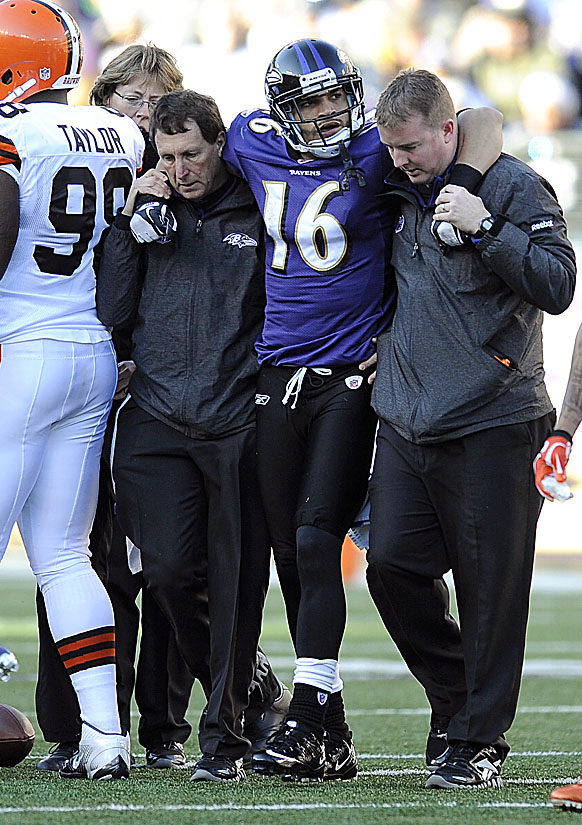 The Baltimore Ravens placed second-year wide receiver and return specialist David Reed on injured reserve following a knee injury he suffered on a kick return in Saturday’s victory over the Cleveland Browns.

The Ravens have yet to announce who will take Reed’s spot on the active roster.

After the game on Saturday, Reed said he felt his knee give out while making a cut during his only return of the afternoon.

“My knee buckled,” he said.

Going on injured reserve ends what has been a disappointing season for Reed, who led the NFL in kickoff return average last year.

Reed was suspended for the first game of this season and then was inactive for two games because of a shoulder injury. He returned to the lineup as the starting kick returner, but lost the job after the Ravens game in Seattle on Nov. 13.

Reed fumbled two kickoffs against the Seahawks, which both led to field goals in the Ravens’ 22-17 loss. The Ravens turned to Tom Zbikowski to handle the kickoff return duties in recent weeks.