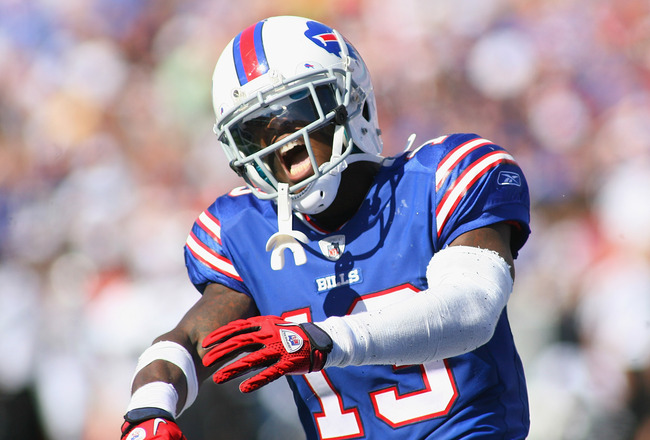 Facing their biggest games of the season this Sunday in Miami, the Buffalo Bills could be facing the prospects of having to knock off the Dolphins with one of their best players and their best wide receiver.

Johnson suffered a shoulder injury in last Sunday’s loss against Dallas and the injury appears to be significant enough to the point where he sat out practice on Wednesday.  While Johnson continues to receive treatment on his injured shoulder, the Bills are hoping to get Johnson on the practice field today and Friday in hopes that he’ll be ready to go on Sunday afternoon.  However, right now Johnson’s status remains very much up in the air.  We’ll continue to monitor Johnson’s progress, but the best case scenario now is that Johnson is likely to be a game-time decision.

Losing Johnson would be a huge blow to the Bills.  He leads all Buffalo receivers with 44 receptions for 531 yards and four touchdowns.  The Bills are on a two-game losing streak and seeing their playoff hopes quickly fading away.  Meanwhile, the Dolphins have rebounded with two straight wins after starting 0-7 backed by their defense which hasn’t allowed a touchdown the last two weeks.