Keys to the Game: Baltimore @ Seattle 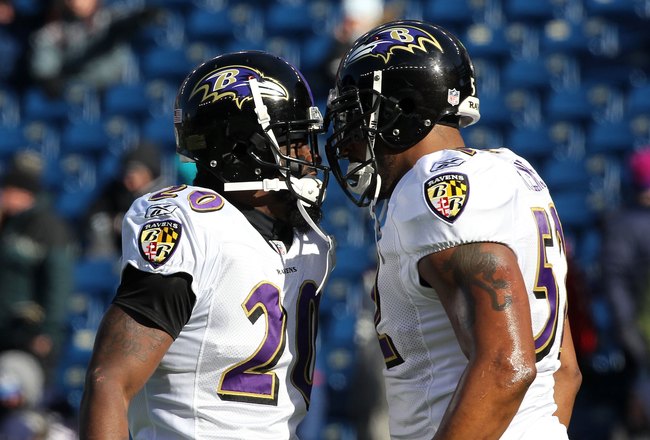 Not to steal a line from the other Harbaugh brother (you know; the lesser brother coaching in the west?) but who’s got it better than us? Our Ravens are 6-2 at the midway mark and have beaten our biggest rival twice for the season sweep. The birds of Baltimore are flying high as they head to the west coast to face off against the struggling but dangerous Seattle Seahawks. Will the trend of dominance continue or will the lack of mental focus rear its ugly head once more. With that in mind, let’s take a look at this week’s keys to the game.

RavensGab.com Keys to the Game

For obvious reasons I’m starting the week off with this key. Twice this season the Ravens have taken emotional victories on the road only to fall to pieces. Against both Tennessee and Jacksonville the Ravens lost their focus and ultimately beat themselves. That can’t happen against the Seahawks. Although they may not look like the best team on paper, they are still capable of damage and are fortunate enough to play in one of the most difficult road stadiums in the league. The field is wet, it’s loud and it causes a ton of problems. The stadium is generating more false starts by opposing teams than any other. The Ravens must come in hungry and focused if they’re going to pull this off and win this game.

Against the Steelers, the Ravens never gave up attacking, and that’s a big part of why they won the game. Even when they had a ten point lead mid way through the third, the Ravens were still pressing the issue and were going after Pittsburgh with everything they had.

Beating Seattle comes from treating them like we treated the St. Louis Rams. Get up on them early and keep the throttle spent out until the whistle blows the game dead. No let up, and no backing off.

Keep the Hurry up Tempo

Over the last six quarters, the one thing everyone in the entire NFL can see is that the Ravens run so much more efficiently when they hurry up the tempo. If this team is moving the ball and getting things done rapidly, there’s no defense in the league who can stop them. It’s when they start to slow down that they get into trouble. Beat the Seahawks by learning from what works and what doesn’t. Rapid tempo.

Without a doubt, Marshawn Lynch is the primary weapon of the Seattle Seahawks. He’s a strong, aggressive downhill runner who can cause serious damage if he’s not swallowed up at the line of scrimmage. If the Ravens are going to win this game in decisive fashion, they must do everything they can to control Lynch and rob the Seahawks of their primary playmaker. Who better to do that than the Baltimore Ravens? Am I right?

The last few weeks, and more over throughout this season, the Ravens have struggled a bit in the Red Zone. Even last week, Torrey Smith’s TD not withstanding there were issues in the red zone. Torrey dropped a sure fire game winner, Boldin dropped a drive extending pass, Ray Rice couldn’t get traction to get over the line, etc. If the Ravens are going to beat the Seahawks, and start beating the better teams they face form here on out, they’ll need to improve their play in the Red Zone.

I’m glad I was wrong last week, and I hope I’m right this one. Ravens get back to their winning ways in back to back fashion. Seahawks just can’t keep up.

Unfortunatley we’ve seen this before. The Ravens come away with a big win and a letdown follows in the ensuing week. Baltimore has some injury concerns with Ed Reed and Terrell Suggs and the team is traveling across the United States to play in a underrated venue. Good teams find ways to win and while it will be closer than most think the Ravens will find a way this week.

The Ravens have been peppered by the media about their inability to follow up after big wins, that should be motivation enough.