« What Team Wins Sunday’s Giants-49ers Game?
Dolphins Along with Partners, Scoop Up Tickets for Sunday » 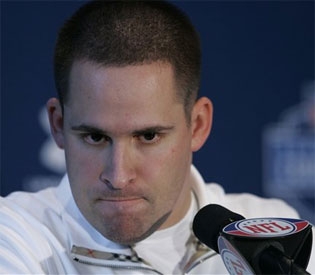 Josh McDaniels came to St. Louis as an offensive coordinator with a great pedigree as an offensive playcaller who was able to get a great season out of Matt Cassel and Kyle Orton.  But, so far in St. Louis, he is failing.

Yards per attempt is an easy and quick way to see how an offense is moving because it measures how far downfield passes are going and how successful those passes are.  I’ve also added Pro Football References Adjusted Yards/Attempt (Passing Yards + (20 * TDs) – (45 * Ints)/Passing Attempts) Basically, AY/A also incorporates TDs and Interceptions by the QB.

So, quickly, let’s look back at Josh McDaniels’ previous quarterbacks.

I’ll let the stats speak for themselves.