Despite Losing on Asomugha, Jets Still Looking to Make Moves 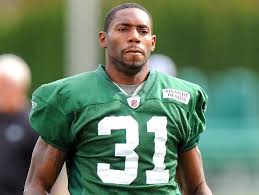 Despite losing out on Nnamdi Asomugha, not all is lost for the New York Jets.

The Jets have reached out to Anotnio Cromartie, though nothing further than that has been reported. Cromartie has received little “buzz” on the market. The Jets main competition appear to be the Oakland Raiders and San Francisco 49ers.

It is also being reported that the Jets are moving on from Braylon Edwards. The free agent receiver seems to have priced himself out of the Jets price range. he had drawing interest from the Washington Redskins and Minnesota Vikings, among others.

To replace Edwards, the Jets were reportedly making a “big push” on Plaxico Burress. However, he is not visiting the team complex tomorrow as it was previously reported, though he still may in the future. The Jets have also been linked to James Jones, formerly of the Packers.

Now onto to some good news. The Jets locked up Eric Smith to a 3 year contract worth $7.5 million. They also signed cornerback Donald Strickland, who was with the team in 2009, to a 1 year contract.

After signing Smith, the Jets appear to be moving on from Brodney Pool. However, they have made an offer to James Ihedigbo.

Finally, Mark Brunell is expected to re-sign with the team on Sunday at a reduced salary.

They also have made a contract offer to safety James Ihedigbo