Should the Colts Look Into Inking Two Free Agents? 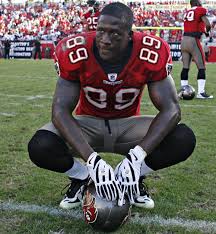 Things haven’t been looking good for the Indianapolis Colts. Peyton Manning has been struggling, especially with his offense as he loses three important key players to the powerhouse in Joseph Addai, Austin Collie, and Dallas Clark. To me, Indy seems fine at tight end and are capable of making the playoffs with Jacob Tamme starting. But without Addai and Collie, it just can’t work. Both are really needed.

Addai is hoping to return sometime soon, and he is needed by the time Indianapolis faces the Jacksonville Jaguars. Collie will return in time for the Jaguars game and let’s hope he can, too, for the Tennessee Titans game on Thursday night. But if they are not available, Indy should strongly consider signing a free agent or two.

A player that comes to mind if All-Pro receiver Antonio Bryant, who surprisingly is still on the market and is available. He’s coming off a few good seasons with the Tampa Bay Buccaneers and was signed by the Cincinnati Bengals, but was shockingly released later. Bryant could make the adjustment with Peyton Manning just in time for the Jaguars game.

I just can’t be too confident with the guys Manning throws to. Pierre Garcon has been struggling this season, but still still makes the plays. Blair White is young, but not all proven yet. And Manning can’t throw Reggie Wayne all the time, or else it becomes obvious. The same goes for Jacob Tamme, who has been thrown to the most out any receiver/tight end in the league.

The running game is just disastrous. Joseph Addai would have made it a lot better, along with the passing game. Addai can pretty much do anything. He is the all-around back you want. He can run, catch, block, and heck, even throw if you have ever seen the Colts beat the San Francisco 49ers, 18-14, last season off a game-winning touchdown pass by him. But never mind that. Addai may not be available for the AFC South showdown in three days.

So could they sign a running back? I think not. Mike Hart may have re-injured himself, but he could be questionable. At least I hope. But Indianapolis also has Javarris James and Donald Brown, who are capable of scoring when it is counted on despite the lack of rushing yards. But if the Colts are really that desperate in the run game, who can they sign? Kevin Jones?! Chris Brown? Who?

But if Indianapolis wants a receiver, I strongly consider Bryant. They may really need just one good player in the passing game. And if not Bryant, maybe Kevin Curtis. Bryant would be a good option, and Indianapolis will have four solid targets for the rest of the year, and their passing attack is good to go.

At 6-6, there is still hope. I am not buying Indianapolis not making the playoffs. If they just win next on Thursday, they’ll have some momentum heading back home when facing Jacksonville. And the Oakland Raiders have a better chance at beating a team like the Jags than the Colts. Indy can finish 10-6 and become the division leader.

Come on Colts, make your move.