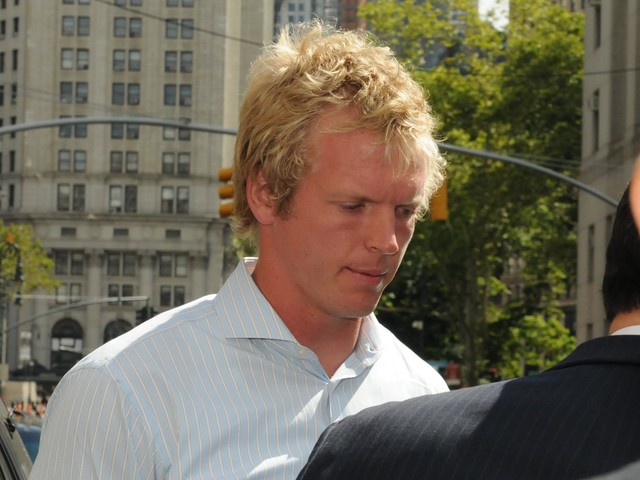 According to NFL.com, because of football-related activities in Nashville, a Manhattan judge has agreed to move the original court date to October 7.

According to local police, Simms slurred his words and told them that he had been smoking marijuana before he was stopped at a checkpoint on July 1. The Titans reserve QB has said that he was talking about cigarettes. The charges he faces include a misdemeanor count of driving while impaired by drugs.

You don’t have to be a Titans executive to know that with this transgression by Simms, I think that his time with the team, and quite possibly his career, is over.

If Ben Roethlisberger can be suspended several games for an incident that may or may not have happened, imagine what Commissioner Goodell is going to do after reviewing this case. It doesn’t look too good for the son of former NFL quarterback Phil Simms.