18 Game Regular Season: Too Much or Just Right? 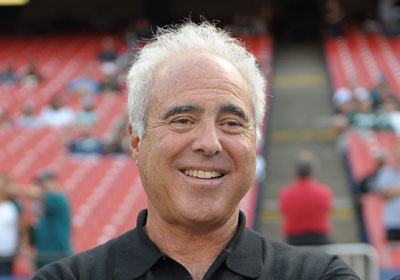 A common conversation across the NFL has been the transition from 16 regular season games to 18. Jeffrey Lurie gave his ‘State of the Eagles’ statement today and was asked questions about this topic.

Although it’s nice to see football again when the preseason starts, you do have to agree with what Lurie was saying. You see starting players at a very limited role for most of the games in the preseason. It may be nice to see some of the rookies get on the field and see what they can do, but it does get hard to follow. Personally, I enjoy watching the young players but it’s quite annoying when you see them make a nice play on a guy you’ve never heard of.

From the way it sounds, it seems almost inevitable that the NFL will move to an 18 game regular season. One thing I did find particularly interesting that Lurie brought up was the roster in a season like this. With an increased number of regular season games, could we possibly see an increase to the 53-man roster rule?

I think it makes sense to add to the roster, and I suppose that will be part of the debate.