Packers QB Aaron Rodgers Takes a Shot at the Lions 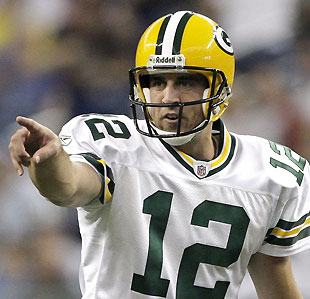 During his radio interview with ESPN Milwaukee, Aaron Rodgers took shots at Monday Night Football broadcasters Ron Jaworski and Tony Kornheiser. However, the ESPN analysts weren’t the only ones left in Rodgers’ wake.

The Packers quarterback was discussing the possibility of NBA superstar LeBron James signing with the Los Angeles Clippers, who have long been the laughingstock of the league. Rodgers said a few changes could turn around an organization and then pointed to a NFC North rival as a “comparison.”

This is sure to add some extra motivation for Detroit fans when the Lions visit Lambeau Field on Oct. 3.  Then again, I doubt Rodgers cares. In two games against Detroit last season, he threw for 706 yards and five touchdowns.