Eagles looking to trade up for a safety? 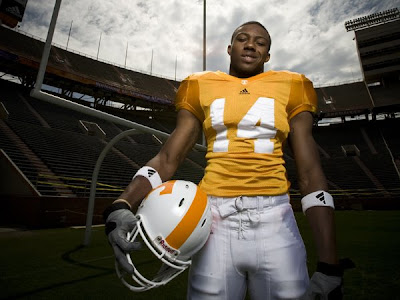 There was already plenty of talk about the Eagles trading up to take a player, but now there’s even more hype since Peter King said he believes the Eagles will trade up to take a safety, either Eric Berry or Earl Thomas.

Let me first start off by saying that I’ve never been a big fan of Peter King. Maybe it’s because of all the times he projected the Eagles to win the Super Bowl before the season even started or maybe just because I feel like everything he speculates never comes true (see Super Bowl predictions mentioned above). Being in the spotlight at Sports Illustrated, everything King says gets amplified which may or may not be a good thing.

As much as I’d LOVE to see Eric Berry land with the Eagles, I’m not convinced the Eagles are ready to make that much of a splash. If they do make a move to try and get Berry, I think it will invovle trading the 24th overall selection and their first round pick next year (they may get other things in return but I think the two first rounders will have to come into play). They do have 11 picks in this years draft that they could make a super bundle out of but they need to get more than just one player early (first two rounds) in this draft.

Trading up for Earl Thomas seems to make more sense. There would be less to give up and he’s still a solid player. The problem with trading up for one of these players is that you can’t wait too long. You have to have an idea of other teams interest in the player and not let someone pounce on your target before you do.

Looking at Berry and Thomas, I think they are both players who can have great NFL careers and I would love to have one or the other. However, only time will tell if it will all work out in the Eagles’ favor.