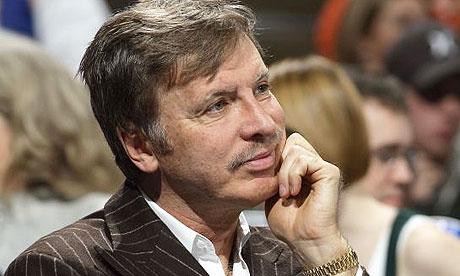 With Stan Kroenke’s 11th hour bid to purchase the Rams, the only thing on everyone’s mind is: how the heck is this guy going to get certified by the NFL?  Kroenke owns multiple sports franchises in the Denver, Colorado area and so is not permitted to purchase the majority of an NFL team.  This however, we do know:

Stan Kroenke did not put in this bid to be denied and I’m sure he has something up his sleeve that will make sure that he will be the next owner of the Rams.  What do you think?  Will Kroenke be certified by the NFL?