« Eagles to play host to a number of prospects
Steelers to let WR Santonio Holmes walk after the 2010 season? »

Why the St.Louis Rams have been oh-so bad 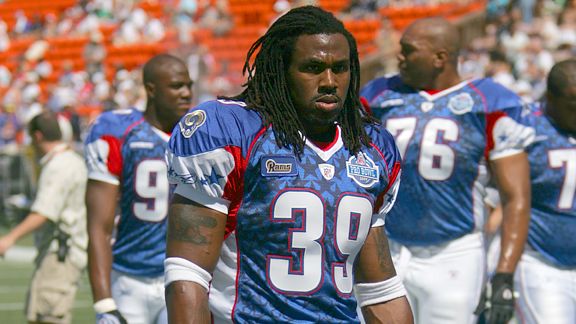 Steven Jackson is the only Rams draft choice since 2000 to appear in a Pro Bowl.

That is not only bad, that is franchise-destroying terrible.  I don’t want to put too much faith into the Pro Bowl voting, but it is a quick way to see who the best players in the league are.  And the Rams have only drafted 1 player who made the Pro Bowl in NINE years.  Awful.  Here’s hoping that the 2008, 2009 and future drafts will not leave the Rams cupboard this bare.