« Jason Taylor’s agent says he won’t use Jets offer to drive up Fins price
Why the St.Louis Rams have been oh-so bad »

Eagles to play host to a number of prospects 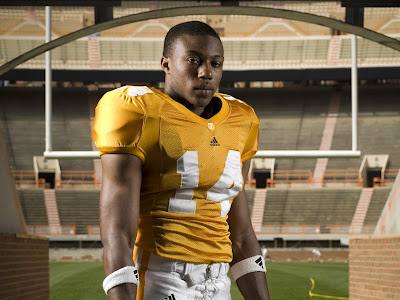 The first round of the draft will start two weeks from today and will be one of the most important drafts for the Eagles in quite sometime. Right now they are sitting on 11 picks with five of those picks occuring in the top 87 selections. The Eagles can do some real damage on Draft weekend (if they still call it that?) but will need to make smart picks and address their biggest needs first.

Keeping that in mind, the Eagles hosted a total of 17 prospects at the NovaCare Complex yesterday. Some of the high profile names include: Eric Berry, Jerry Hughes, Toby Gerhart, and Jonathan Dwyer. The fact that they even brought in Eric Berry has to make you excited, and you have to wonder if the Eagles are considering making a serious play for him. He’s definitely going to be a top 10 pick and could easily be gone within the first five selections of the draft. Although Berry would be a great addition, I think the Eagles will choose to hold onto to most of their picks in the early rounds to really try to round out some defensive issues.

Hughes is a sack machine who should probably be around when they pick, but doesn’t have great size. With Trent Cole not having much size, I’m not sure if Hughes would be a good complement to line up on the other side. If he had a strong workout, the Eagles may be willing to put the size issue behind him.

I’m surprised to see their interest in a running back (of course just because they worked a few out doesn’t mean they’re going to draft one). Both Dwyer and Gerhart are power running backs so it looks like they’re trying to find a nice complement to run with LeSean McCoy.

This year’s draft is sure to be an exciting one.