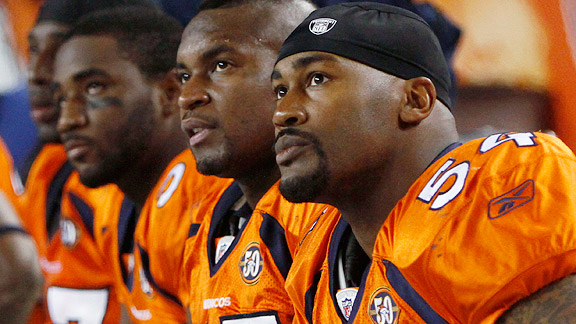 The Broncos continue to re-tool their roster, and today pulled off a shocker, as they released starting LB Andra Davis. They also said ‘so long’ to defensive tackle J’Vonne Parker:

In a surprise move, the Denver Broncos have released starting linebacker Andra Davis.

Mike Klis of the Denver Post writes that releasing Davis may be the Broncos’ most stunning transaction of the offseason. The 31-year-old Davis played in all 16 games in 2009, starting 13 at strongside inside linebacker, playing well against the run and also recording 3.5 sacks.

It’s the second time in less than 24 hours that the Broncos have released a defensive starter, following the release of defensive end Kenny Peterson.