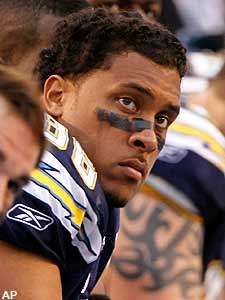 The Bears are playing host today to two big name free agents, that being Chester Taylor Julius Peppers. The team though already reportedly has a free agent under terms, as reports say the team has inked free agent tight end Brandon Manumaleuna.

Brad Biggs of the Chicago Tribune reports that Manumaleuna will sign a five-year contract with the Bears today, pending a physical.

Manumaleuna arrived at O’Hare airport Friday morning and confirmed that he has joined the Bears and is excited about playing for coaches he already knows from his days with the St. Louis Rams.

“I played for Mike Martz and Lovie Smith was the defensive coordinator. It was a great situation,” Manumaleuna said. “This team has a chance to be real successful.”

Although the signing will raise more questions about tight end Greg Olsen’s role in Martz’s offense, the Tribune reports that the more immediate question is about tight end Desmond Clark, who has a $475,000 roster bonus due today.

He played the last four seasons with the Chargers, and last season he had 5 catches for 13 yards. He also played four years with the Rams from 2001 to 2006.