Bradford vs Suh: What route should St.Louis take? 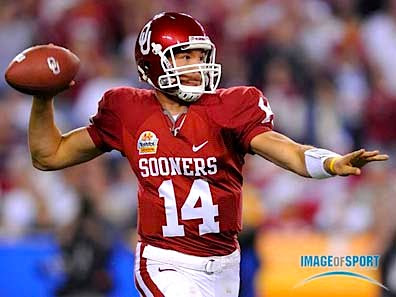 The buzz from the combine is that the Rams are looking at Bradford, Clausen, Suh and Gerald McCoy for the first pick in the NFL draft, but most people think the Rams should be choosing between Bradford and McCoy.  Daniel Jeremiah of Move the Sticks sums it up way better than I can:

I have been a HUGE Suh fan over the last 2 years. I have mentioned before that I thought he was the best football player in last year’s draft. I think he is the best player in this draft as well. However, if you are a team without competent QB play, you are going to have a hard time winning NFL games. So the question the Rams have to answer is whether they should select a “really good” QB with durability issues or a “great” DT with limited risk. (Emphasis mine.)

What else is there to say?  Not much.  That is the Rams choice at number 1 overall.  There will be a lot of rumors swirling over the next few months, but remember that last line.

Check out his article for the full Pro and Con list.