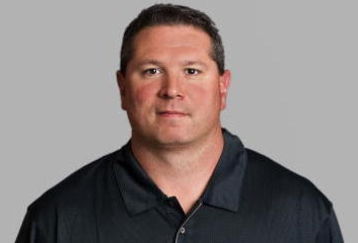 The Jaguars made a move in their coaching ranks today, as they have fired defensive line coach Ted Monachino and replaced him with Joe Cullen. Monachino, who had been with the team the last four seasons, essentially became the scapegoat for a defense that ranked last in the NFL in sacks. The Jaguars finished with a franchise-low 14 sacks in 2009 and got picked apart by experienced quarterbacks.

Cullen takes over a line that includes former first-round draft pick Derrick Harvey(notes) and second-rounder Quentin Groves, both of whom struggled in their first two seasons.

Cullen coached at Idaho State last season after spending the previous three years with the Detroit Lions. His NFL tenure was marred by two arrests in a week in 2006.

Cullen was charged with indecent and obscene conduct after going through a fast-food restaurant’s drive-through lane naked. He was charged with DUI a week later. He was suspended for a game and fined $20,000 by the league.

Goodell said Cullen, a recovering alcoholic who has been sober for three and a half years, has done enough to deserve a second chance.

“Joe paid a heavy price, and rightly so,” Goodell wrote in a letter to Weaver. “But to his credit, throughout this process he has always accepted responsibility and has willingly embraced the result as an opportunity to become a better person and role model. Not only has he fully complied with the obligations that were imposed on him, but he has undertaken several others on his own.”