« The Bengals Had it Going vs Green Bay; Can They Do it vs Pittsburgh?
Do Recent Redskins Comments Represent the Real Feelings of the Franchise? » 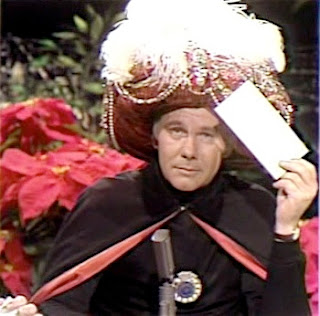 California, Miami, Florida and DeMatha Catholic High School. If you’re of advanced age like myself, then you probably remember back in the day when Johnny Carson did this schtick on The Tonight Show entitled, “Carnac the Magnificent”.

In the bit, Carson wore this mock Arabian costume – complete with big Arabian hat – and would utter three points of reference, followed by what those 3 things have in common. So let’s go back to the first paragraph. California. Miami, Florida. DeMatha Catholic High School. Soak those in. Wait for it…wait for it…what do these three things have in common?

If you’re a big NFL trivia buff, then you may have nailed this one. But for those of you who may be scratching your heads, scratch no more. What those three things have in common is that they represent where the majority of NFL polayers came from. As Carson would say (sans the Carnac the Magnificent costume): “I did not know that.”

It gets better folks, I also have the breakdown of the top high schools with current NFL players along with the states with the most NFL players. Be ready to be educated and enlightened:

High schools with most NFL players

States with most NFL players