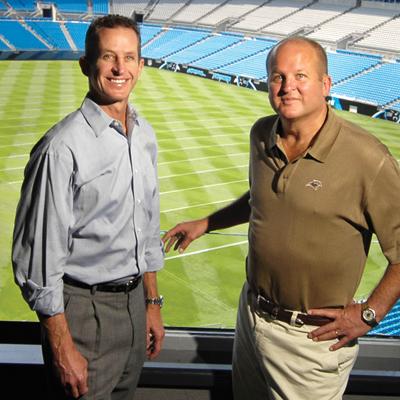 It isn’t every day that you have two siblings in high positions of authority in the NFL – in this specific instance, the Carolina Panthers as Mark and Jon Richardson were team president and stadium president of the team, respectively – with the operative word being were.

As I had reported earlier today, both brothers have resigned from the team and Mark has been replaced by former TCU athletic director Danny Morrison; meanwhile, a replacement as of this post hasn’t been named. Now that it has been determined what happened, it has finally been revealed why the resignations took place.

The main reason for the split was the fact that the team’s owner, Jerry Richardson, deemed it best that both leave since they had different ideas on how the team should be ran. The end result of the split would be that the Panthers are no longer a family-run franchise.

Now, in reference to the split. Mark had the larger responsibility as he had a big hand in getting naiming rights for the stadium they currently use along with signage and sponsorships of the team. On the other hand, Jon was in charge of stadium issues. One may also want to consider that both had completely differtent styles as Mark was the corporate, suit-wearing half while Jon was the khaki-wearing half. Hardly complementary, in my estimation. But nonetheless, the combo worked well together for a number of years.

Mark also oversaw the team’s business operations while his father was convalescing, along with utilizing an unique marketing approach; he was also a member of the NFL’s Competition Committee – of which a replacement will need to be found amongst the NFL ranks.

Now that Jerry is for the most part recovered from the heart transplant procedure, he is chomping at the bit and ready to go, which means the ultra-competitive side of him is already out – which for the team is a good thing.