Best All-Time Players Never to Play in a Super Bowl 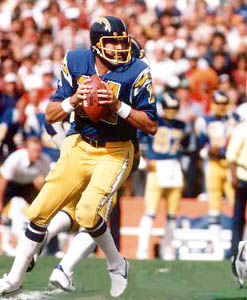 USA Today Sports Weekly last week had their list of the best All-Time NFL Players never to reach a Super Bowl. Here they are:

We’ve racked our brain, and here are some other players on offense and kicker-wise that we feel could have made the list, or at least challenged some of the lesser guys to make the list:

Bo Jackson – While he only played for three seasons, no one ever forgets “Bo Knows Best,” while putting up an NFL record 5.4 yards per rush and 16 TD’s for the Raiders. What if.
Herschel Walker – Former Heisman Trophy winner best known for being the centerpiece of the deal that started the Cowboys run to three Super Bowls. Played for 11 seasons for the Cowboys, Vikings, Eagles and Giants. Ran for 8,225 and 61 TD’s.
Warrick Dunn – The 3-time Pro Bowl selection has run for over 10,000 yards and 49 touchdowns. He’s been close with the Falcons, but the sun is setting on a chance to get to the dance.
Curt Warner – Led the AFC in rushing his rookie year for the Seahawks, ended an 8-year career with 6,844 yards and 63 TD’s.

Ozzie Newsome – Has a ring as a front office member of the Ravens, but deserved to get to a Bowl as “The Wizard of Oz” as a member of the 80’s Browns.
Jason Witten – Could still happen as a member of the Cowboys, but if he dosen’t make it, his solid numbers (4935 yards and 25 TD’s) which will only grow will be wasted.

Gary Anderson – 4-time Pro Bowler and 5-time All-Pro, Anderson had some great years with the Steelers, and Eagles, but no one will forget his “almost” perfect season in 1998 with the Vikings where he was perfect till he missed a makable field goal vs the Falcons in the NFC Title game. It was about as closest as he would come.