A Shot at Revenge: Pennington Inks with Dolphins 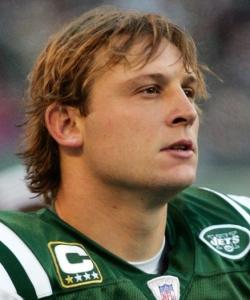 If Chad Pennington harbors any ill will against his former team, he is going to have two chances this season to show them why getting Brett Favre and dumping him was a bad decision.  Jay Glazer of Fox Sports is reporting that Pennington has inked a two-year deal with the Miami Dolphins, and right away becomes an option to be their starting QB.

Pennington may have a shot right off the bat to stick it to the Jets, as the two teams will do battle on openind day.  The Jets dumped Pennington after they made a deal with the Packers on Thursday to grab Favre for a conditional draft choice.  Right away there were up to six teams that showed interst in Pennington, with the Dolphins being in the loop.

The Fins of course played it cool as they went after Pennington, as coach Tony Sparano said yesterday when asked about Chad: “I’m happy with the people we have here right now.”  Pennington will battle with John Beck, Chad Henne and Josh McCown for the starting QB job.