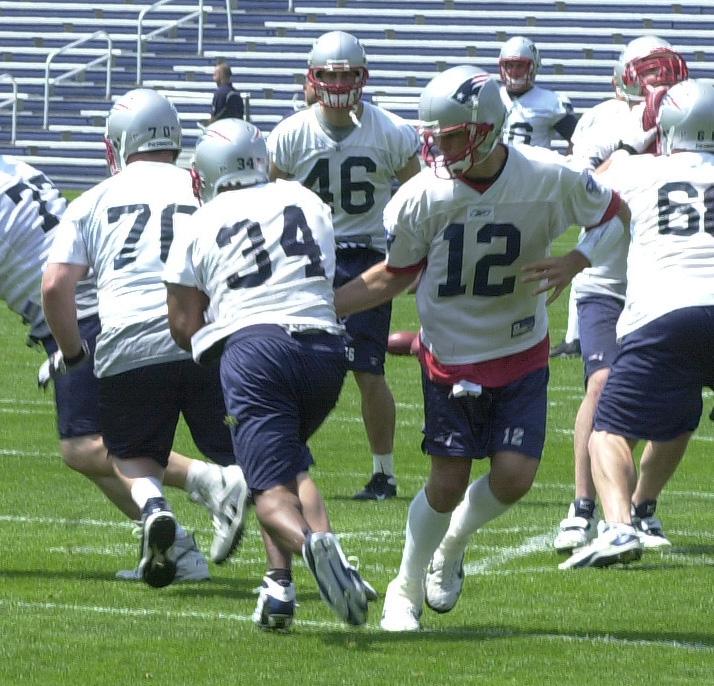 Tom Brady has been probable for years becuase of a “shoulder injury.” In 2008 it may be an actual injury that the Patriots and their fan base may have to be worried about. That injury is to Brady’s ankle, who said on Saturday that he is slowed by it and can’t jump due to its lingering effects. He said that his offseason training program has been limited by the injury.

That ankle injury first took place during the teams win in the AFC title game vs the Chargers in Foxboro. Two weeks later, going for the first perfect season since the 1972 Dolphins, Brady was under a heavy rush all day from the Giants, who by days end put enough pressure on the QB and the Pats stellar offense to lay a stunning 17-14 upset that put a shadow on what could have gone down as the greatest season ever.

Brady’s ankle was bad enough before that Super Bowl that at one point he was pictured in a walking boot two weeks before the big game. He was able to work it out enough that it didn’t appear to effect him in the big game, but at this point, who knows if it will have any sort of impact in the 2008 season as again the Pats look to make it back and win the big game for the first time in four years.

“The ankle feels great and I’ve been able to do pretty much everything that I normally do. I’m still slow, I can’t jump and I don’t lift very much. That hasn’t changed,” he said with a smile. We’ll see if that smile remains if it has any sort of effect on him as the season gets close to starting.