Offseason Overview: Can the Pack Make it Back Without Favre? 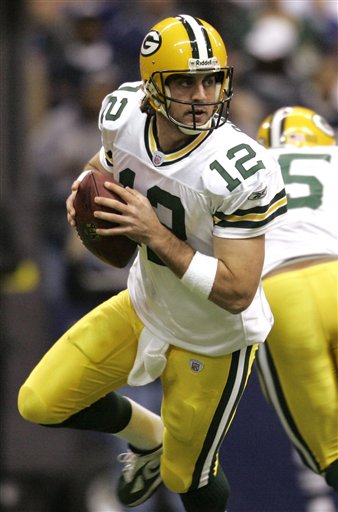 â€¢ TE Ryan Krause, a better receiver than blocker, offered little after being promoted from the practice squad at midseason. His return is uncertain, although a spot was cleared when the team cut veteran Bubba Franks as a salary-cap casualty.

â€¢ QB Craig Nall returned to the team late in the season as the No. 3 guy at the position. Nall wasn’t interested in continuing to serve as the caddie for both Brett Favre and Aaron Rodgers, but with Favre off in retirement, Nall could be brought back for a chance to compete for the No. 2 job.

â€¢ T/G Tyson Walter spent the entire season on injured reserve because of a toe injury. The versatile, rugged veteran is worth bringing back to compete for a backup spot.

â€¢ WR Carlyle Holiday (not tendered as ERFA), a converted quarterback, missed all but the season-opening game with a knee injury but, when healthy, has shown to be a dynamic situational receiver.

â€¢ RB Ryan Grant proved to be a godsend for a previously anemic running game the second half of the season and can write his ticket as a franchise back by racking up proficient performances for a full season.

For the first time in a long time, there will be a much different look to the Green Bay Packers when they take the field on September 8th for their season opener vs Minnesota. The team will no longer have #4 under center, as Brett Favre has finally walked away after a Hall of Fame career. That puts the pressure on new QB Aaron Rodgers, who finally gets his shot to lead the team that drafted him in the first round a few years back. Rodgers has shown flashes of looking good in camp and preseason games, but it will be a whole lot different in the regular season.

The team addressed the need for a wide out in the draft by trading down and grabbing Jordy Nelson from Kansas St. in the second round. They then used a pick from the Browns for D-lineman Cory Williams to take QB Brian Brohm. The team will count heavily on RB Ryan Grant, as well as their defense to help out as Rodgers and the offense gets its feet wet early in the season. For the most part the roster stays the same, and despite the loss of Favre, this team won 13 games and could still win double digits if Rodgers and the offense pans out.