Colts WR Harrison Questioned About Shooting at His Bar 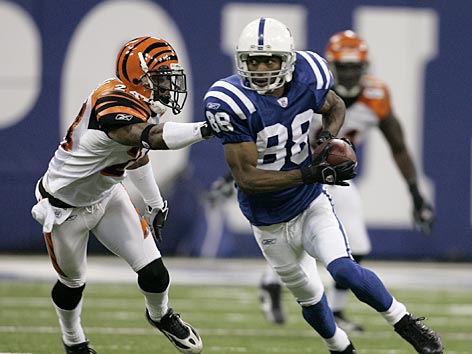 While injuries sidelined Colts star wide out Marvin Harrison a lot last season, the trouble that he may be in now makes that look like small potatoes. The wide out was interviewed by police in Philly about a shooting that took place near Harrison’s North Philadelphia bar this week. The investigation of the shooting that took place Tuesday is on-going, and to date Harrison is not a suspect.

Philly Sports Radio Station WIP says that the victim and Harrison argued at the bar, and then when the victim left to go to his car, Harrison followed and then gunshots were fired. The victim was shot in the hand, and didn’t identify who the shooter was. Harrison has owned the Playmakers bar since July of 2004. “My phone has been ringing, too, but I don’t have any details,” Colts coach Tony Dungy said today at the teams rookie mini-camp . “I really don’t have any more information than you do.”

Police spoke to Harrison at a car wash that he owns, and he admitted that he owns a gun like that was at the scene, but told officials it never left his home. WIP claims that a source says that a gun was found in a bucket at the car wash, more bad news for the receiver.