Rams Looking at Two Players in the Upcoming NFL Draft 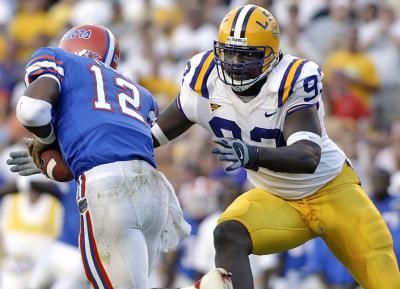 It looks as if the St.Louis Rams are thinking big when it comes to the upcoming NFL Draft in April. NFL Network’s Adam Schefter is reporting that the team is looking at one of two players to take with the second overall pick in the draft – either Michigan Tackle Jake Long or LSU Defensive End Glenn Dorsey. The pick of course will be greatly affected by what the Dolphins do at number one.

If the Dolphins do what many think they will, and that is take defensive end Chris Long at number one, then the Rams will be sitting pretty as they will have their choice on who they want to snag at number two to start the comeback of their franchise after an awful 2007. Schefter says that St.Louis had in-depth meetings with Long prior to his Pro Day workout last week. As for Dorsey, he is set to visit the Rams next week for a sit down.