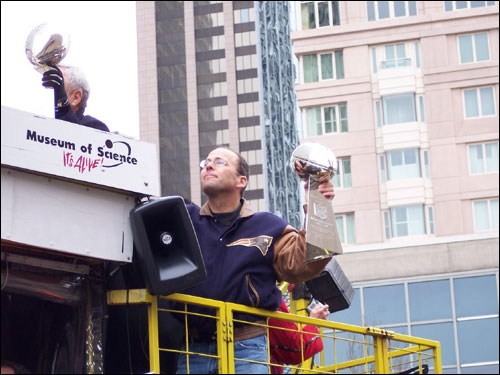 In a case of “the pot calling the kettle black”, Jason Cole of Yahoo! Sports is reporting that the National Football League is checking into allegations that the Indianapolis Colts had noise piped into the RCA Dome on Sunday during the New England-Indianapolis game. This charge comes from none other than Patriots president Jonathan Kraft.

NFL spokeman Greg Aiello said on Monday to Cole that, “We’re aware of it and we’re looking into it. It may just be the TV feed from CBS, but we’re checking it out.” Apparently, observers at the game noticed that there seemed to be a “skip” in the sound during the game, which may or may not substantiate the accusation of the Colts piping in crowd noise to distract their opponents’ offense. Aiello noted, “We’re aware of the accusations, but there has never been anything to substantiate it.”

Kraft approached NFL Vice President of Security Milt Ahlerich about the noise allegation and angrily asked the league to check into it. Even Patriots quarterback Tom Brady got into the act, saying, “I don’t know how you measure levels of being deaf, but we couldn’t hear anything out there.” This piece of drama should only intensify what is already a tense rivalry between these 2 teams. Be that as it may, and while it is true that no team should have to resort to trickery to gain an advantage, the Patriots are the last team that needs to be accusing anyone of anything – especially in light of “Cameragate”.