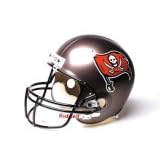 Perhaps it is a good thing that the Indianapolis Colts have won their first two divisional games when they did (wins over Tennessee and Houston – both on the road); they may be without some of their key players when they host the Tampa Bay Buccaneers this Sunday at the RCA Dome. The Colts are coming off a costly win over the Denver Broncos, 38-20, while the Buccaneers did the same against the Carolina Panthers, 20-7.

The Colts may be, depending on the medical reports, without the services of wide receiver Marvin Harrison (17-231-1 TD), running back Joseph Addai (84-407-5 TD’s), and safety Bob Sanders; linebacker Rob Morris is out for the year. Harrison left the Broncos-Colts game with a bruised knee, Addai with a bruised shoulder, and Sanders with a rib injury. But the Colts have proven in the past that they can persevere with star quarterback Peyton Manning (86-of-128, 1066 yards, 8 TD, 1 INT) behind center, as well as WR Reggie Wayne (21-307-3 TD’s). Assuming Harrison cannot play, his likely replacement would be rookie WR Anthony Gonzalez. If Addai isn’t able to answer the bell, the Colts will probably use a RB-by-committee approach, using a combination of Kenton Keith, Luke Lawton and Clifton Dawson.

The Buccaneers aren’t without injury issues of their own coming into this weekend. They lost 2 key offensive components – running back Carnell “Cadillac” Williams and offensive tackle Luke Petitgout; both are lost for the season with knee injuries. Carrying the ball for the Bucs will most likely be a combination of Michael Pittman and Earnest Graham. But while their starting quarterback, Jeff Garcia (58-for-90, 771 yards, 2 TD’s, zero INT’s) has been steady, it is their defense that has carried the Bucs so far. Their defense is ranked #5 overall; they have given up a measly 44 points this season (ranked #1). But it is their pass defense, led by a tandem of LB’s, Barrett Ruud (40 tackles, 32 solo, 1 INT) and Derrick Brooks (28 tackles, 25 solo), who have been the stabilizing force behind the defense thus far.

For the Buccaneers to pull out the win, their stout pass defense will have to somehow contain Manning while at the same time keeping the Colts’ running attack in check. Their offense will probably have to step it up a notch against what has been a steadily improving Colts defense, as well. The Colts, depending on who plays this weekend, will no doubt need to expose the Bucs’ “weak link” – their run defense. As is usually the case when key Colts players are down because of injury, they run the usual offense, but with perhaps some subtle changes. Not to be overshadowed is the fact that Colts head coach Tony Dungy is facing the team that fired him, so perhaps that’s another incentive for the Colts, as well. I do expect the game to be low-scoring (as opposed to most weeks) for the Colts, as their defense will be the key for a close, hard-fought win for the Colts this Sunday.