It appears that Bryant Gumbel is at it again.  For the second 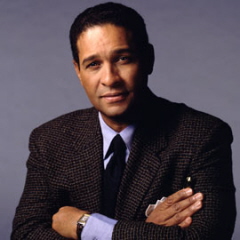 time, Gumbel has used the HBO show Real Sports with Bryant Gumbel to attack Gene Upshaw, the head of the NFL players’ union.  On the edition of Real Sports that aired last night, Gumbel said of Upshaw, “The players’ union boss has become the league’s biggest embarrassment.”  Gumbel then suggested that the union’s membership would be smart to get rid of Upshaw, adding, “It is, after all, their union. it would be nice to see them reclaim it before they become ex-players and find out the hard way why so many are so outraged.”

Typicallly, a TV commentator criticizing a union head wouldn’t be that big a deal. But Gumbel is also an NFL employee in his capacity as the play-by-play man for games on NFL Network.  When Gumbel last year said the previous NFL commissioner, Paul Tagliabue, had Upshaw on a leash, there was talk that NFL Network might fire Gumbel.  Upshaw would without a doubt support such a move, but the league would also be foolish to send the message that NFL Network only welcomes employees who toe the company line.  Gumbel, in my opinion, will continue to rip Upshaw, and there’s nothing that Upshaw can really do about it (except maybe threaten to break Gumbel’s neck?).